It's been a weekend of being looked after. My wife becomes more hostile by the day, being determined that I should be the one to move out, or sell it for a price which will not allow either of us to buy somewhere else. Being almost 59 (I have demanded a re-count, but apparently it's right) & in a contracting job (I'm working under contract - the job isn't getting smaller) a mortgage isn't an easy option.

But this weekend was easier. I was invited out for a drink on Friday eve with Trevor & John - I've known them since school - they spent a lot of the evening discussing Brexit, they go out for a drink often & always discuss Brexit.

On Saturday I got up early & went south to Worthing to look round a few areas where it seems I may be able to afford a house. None were suitable, I'm now considering moving north.

After that I visited GB from the car club who offered me coffee & a sofa, then I moved on to my brother's where I'd been invited for a BBQ tea, beer & a bed for the night.

I am very grateful for the good people I have around me. 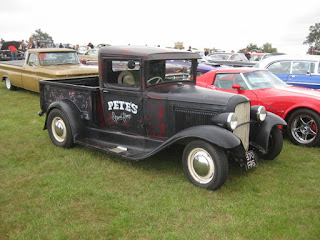 So to the bit you've been waiting for. Up with the lark on Sunday morning we headed north in his truck, eventually arriving at Old Warden Aerodrome near Biggleswade, the home of the Shuttleworth Trust. This is probably the oldest aircraft museum in the world as the collection was started before there were any "old" aircraft. 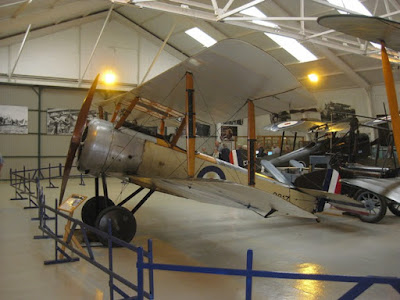 The first hanger houses WW1 Aircraft to the left is a Sopwith Pup. In the modern vernacular, the name would suggest it wasn't very good, in fact it was about the fist "reliable" plane the forces had & was loved by all (apparently). Designed at Kingston Upon Thames of course.

Other achievements included the first take off & landing on a ship by a land-plane, You're looking at 80bhp of pure military muscle. 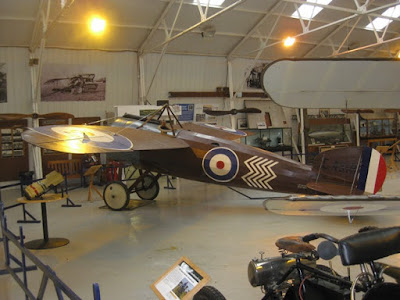 A contemporary of the Pup, this is a Bristol M1a, a monoplane with many advanced features including a spinner that faired in the whole front of the engine, making it very streamlined - for it's day. But the air ministry just didn't like monoplanes & delayed & prevaricated. I small number did get into front line service, but the forces were denied monoplanes until the mid '30s with the arrival of the Fairy Battle & the Hurricane. 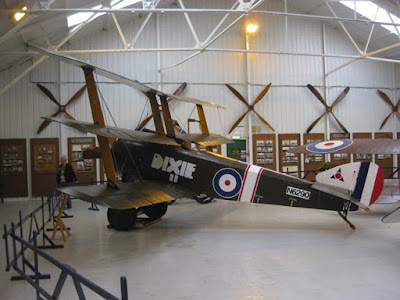 So if two wings on your Sopwith Pup are good, three must be better yes? This Sopwith Triplane pre-dates & even inspired the far more famous Fokker Dr1 of Red Baron fame. It was as you'd expect, very manoeuvrable, with a terrific rate of climb, but not very fast. 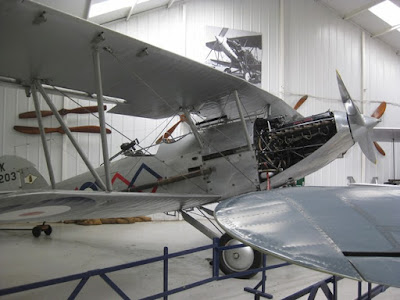 The second Hanger covers the inter-war period & here we have a Sidney Camm design, It's a Hawker Hind, a development of the Hart (no relation) & was a bomber that was faster than the fighters of the day. As with all Kingston designs, a wonderful aeroplane to fly 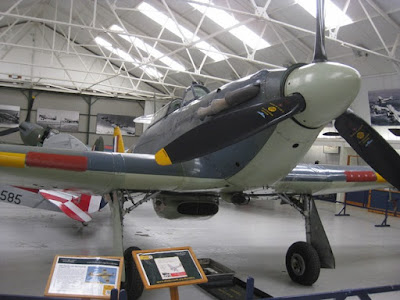 Speaking of Camm, Kingston & Hawker, If you look at the side profile of a Hart, you can recognise the lines of the Hurricane. Only about ten years separates the design of them 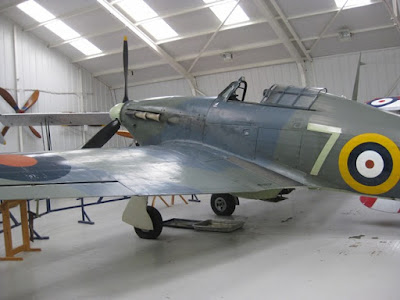 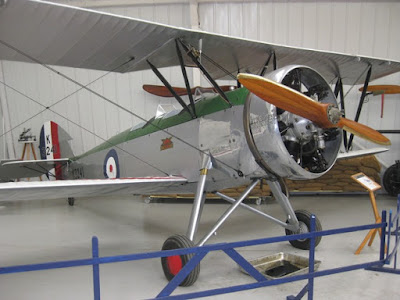 Speaking of famous Designers, this is an Avro Tutor, a trainer that fits between the WW1 Avro 504 & the WW2 Tiger Moth. It was designed by Roy Chadwick, You may not have heard of him, but you will've heard of the Lancaster & Vulcan bombers 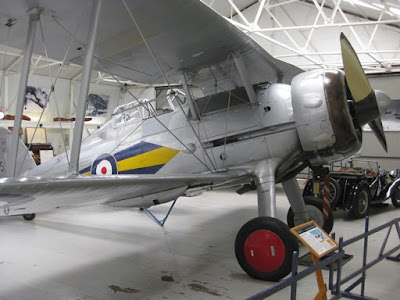 A couple of shots of the Gloster Gladiator, a very near contemporary of the Hurricane & Spitfire - the Gladiator won the compotitopn the original "Spitfire" a cranked wing fixed - trousered undercarriage, most ungainly looking thing was designed for. It's famous for the three aircraft assembled from parts found in crates on a freighter & used in the defence of Malta. Less well known is that it was designed by Henry Folland, who later designed the Folland Midge light fighter which became the two seat Folland Gnat - first mount of the Red Arrows 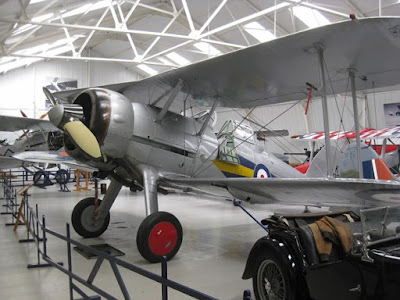 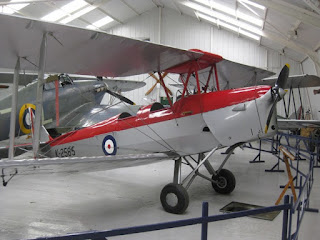 And of course the Tiger Moth, If you look at the Gladiator's undercarriage, it's just two rigid struts, the wheels are mounted on internally sprung hubs with brakes. now look at the Tiger Moth with five struts per wheel. The red bit in the centre of the upper wing is the fuel tank - no pump required, but a bit of a bugger to fill up.