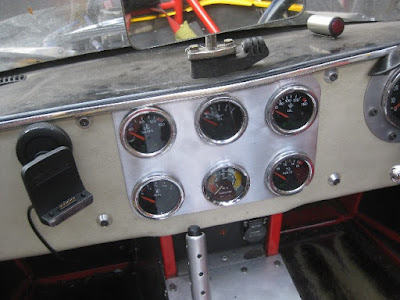 The good news is that the dash is finished (again), to get rid of the power sockets in the middle of the dash (which work & looked OK, but any leads plugged therein got in the way of the handbrake & gear lever), I looked at moving the screen heater & rear fog switches to a circular panel there, then I was looking at ebay & saw a vintage Smiths vacuum gauge & put a bid on it - then forgot all about it & went back to designing the switch panel.

You know what's coming next. 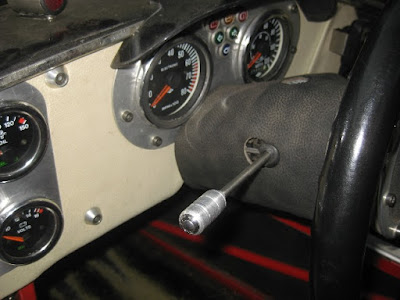 I was about to start cutting metal when an e-mail told me I'd just bought a vacuum gauge. So yesterday I found a not-to-beaten-up sheet of aluminium in the garage & made a back plate for the five existing clocks which covered over the big hole for the power outlet & set the new gauge in that. At some point I will also move said switches to this panel.

Also on the plus side, the hooter button arrived & has been fitted & most splendid it looks too. 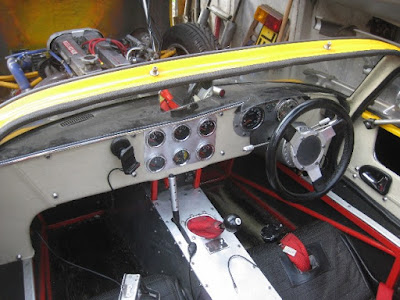 While running the hoses for the vacuum gauge around the coil pack, the engine started running rough - really rough. I tried all the obvious things, but all the cylinders seemed to have a spark & fuel, on a hunch I bought a new coil pack, fitted it & bingo - it ran perfectly - until it didn't. I have to hold the throttle about 1/4 open to make it idle & then it smokes & sots up the plugs. This evening I checked the cam timing in case one of the cam wheels had jumped a tooth, but no, all there seems well. 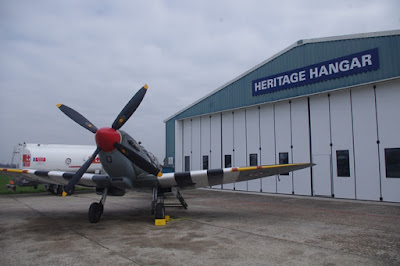 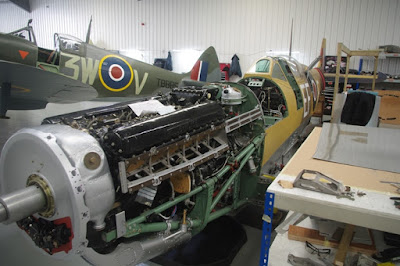 Also on today's to do list was a trip to Biggin Hill's Heritage Hanger, where they build Spitfires, they will tell you they restore them to flying condition, but when you're making a new pair of wings, tail & rear fuselage, I think that probably goes beyond "restoration". Anyway, there are no fewer than 12 Spitfires in the hanger, none earlier than MkIX, but they do have three two seaters that you can buy a flight in for £many. If you're thinking "two seat Spitfire?", Supermarine bought MkIXs back at the end of the war, refurbished them, moved the cockpit forward 13" & inserted another cockpit behind it. These were then sold to various air forces around the world.

Of more interest to me was the Hurricane & BF109 (this very aircraft was flown by Hans Jochim Marseille - look him up), we were then treated to a start up & take off as a passenger flight had been booked, so we stood very close by while the Merlin was started & the Spitfire taxied out & took off. 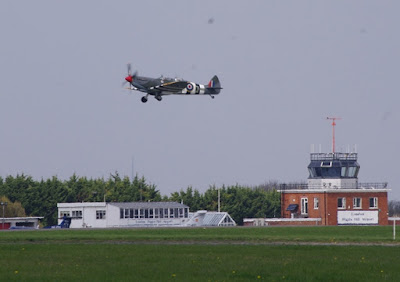