There was some kerfuffle going on at the stables, which meant Mrs Blatter was out, which meant I could get into the garage unobserved.
Today the Postman bought a small piece of aluminium tube I’d bought to create a handbrake handle. Up to now I’d used the standard Sierra handbrake with all the plastic handle stripped off, it looked rather too basic & there was a slot under my finger when I pulled the brake on. 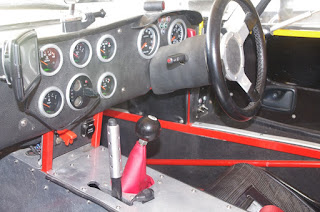 I didn’t want an “aftermarket” one as they generally have “GT TURBO” or somesuch written all over them, so I carefully measured the lever & bought a tube with an I/D just bigger – no, the I/D was just smaller, The seller did say it was 3/4" - 19mm, but not exactly which - so it wouldn’t fit.
Not to be thwarted, I dremelled the inside until I could hammer a socket in to both stretch & score the I/D a little larger & after a couple of hours faffing about I was able to tap the new handle into place.
Good isn't it?
Posted by BlatterBeast at 16:28