The weather's warming & the daffodils are emerging, the blatting season is upon us once again. The Fury has emerged from the garage, this very day & a few last jobbettes have been accomplished. I re-fitted the rear valence after I broke an attachment bracket getting it off way back in the autumn, & I fitted a new (old) cam cover.

For those not au fait with the good Ford's Zetec engine, it comes in two ages, first was the "silvertop" with a cast metal cam cover, then came the "blacktop" with a (you guessed it) black plastic cam cover. Mine is the latter & I was happy with that, but always wanted the alloy one prompting an occasional search of E-bay, but they were always more than I wanted to pay. Until last month, when one came up at a reasonable cost. I found out why when it arrived - the oil filler cap was seized on. Having sorted that & cleaned it up I filed off the "Zetec", "16v" & the "Ford" & gave it a bot of a polish. Not too much though because a/ it's made of muckmetal & won't take a shine properly, & b/ I wanted a certain patina.

Having cleaned it up & fitted it, I put the sticker from the blacktop cover on it (it's a repro Ford one like they used to put on the Pintos) & ran some red paint in the grooves on top. I think it looks pretty retro & suits the style of the car. 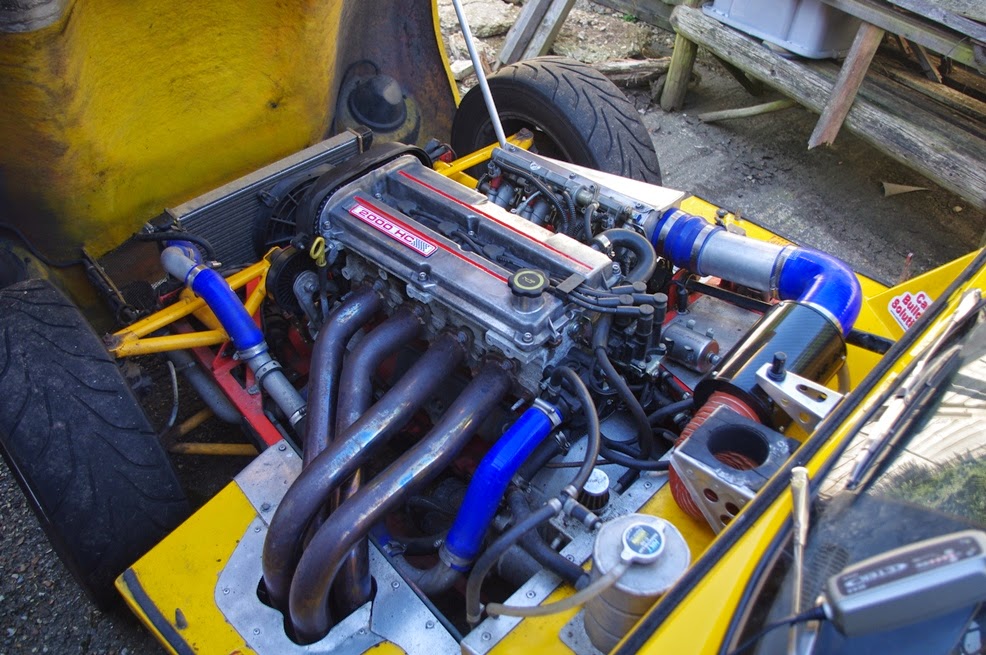