An alert from a western SKCC member (thanks Hammy) sent me to Farnham where there was a "festival of transport" The Stylus was waved straight in & directed to a parking bay, & I wandered about the cars varying from a shiny new Konigsegg to a micro car resembling a lego brick with a 90cc engine, 3 wheels & rollers at the front in case it tipped over. 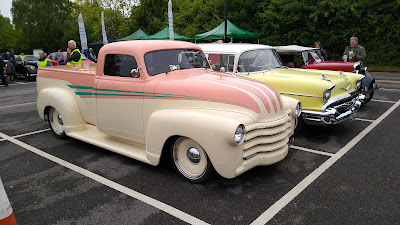 Stunning 47 Chevy pickup - it's not pink, it's peach, it says so on the side just in case there was any confusion 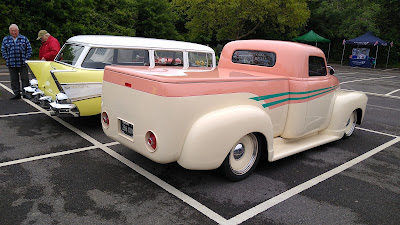 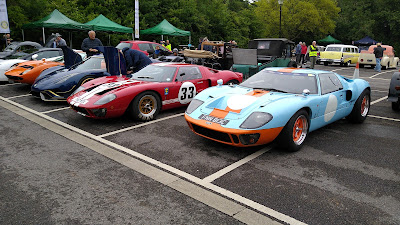 A GT40's always nice to see & two is even nicer 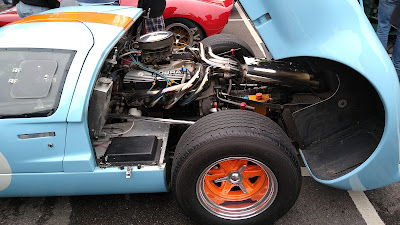 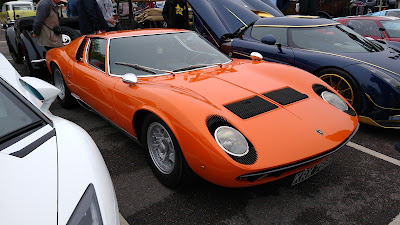 Orange wheels - it's the future
Someone said this ^^ was the actual car used in The Italian Job - it isn't. 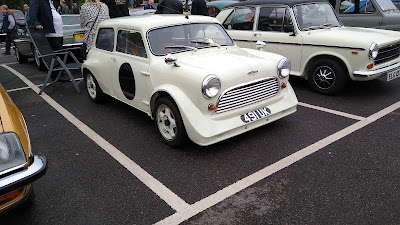 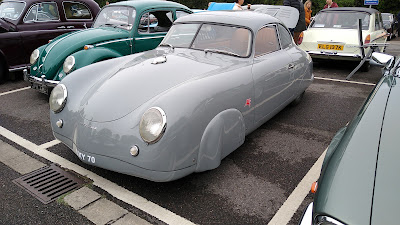 If someone said they owned a supercharged Porsche, I bet this isn't what you'd think of 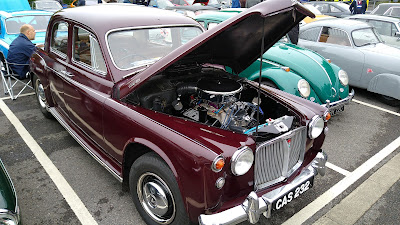 Rover 110 with a little extra 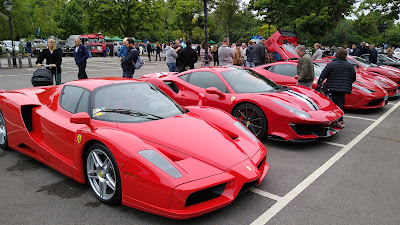 Not my thing, but other folk seemed to be impressed. 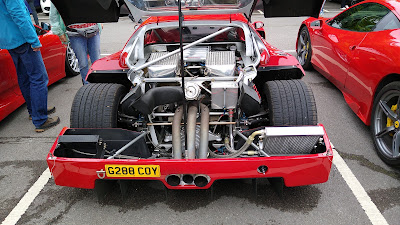 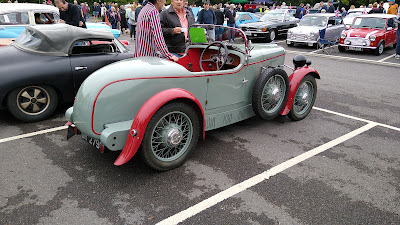 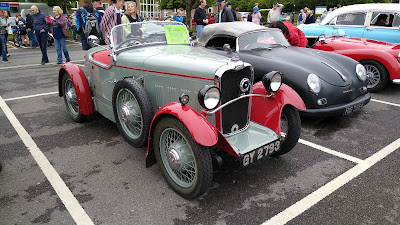 Nice at the other end too 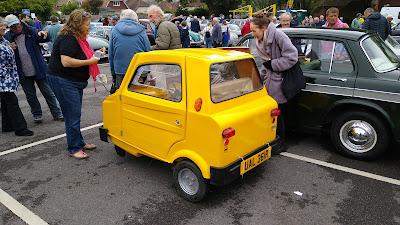 The star of the show - if you wanted attention this got it. Just under the front you can see the anti-tip castors. 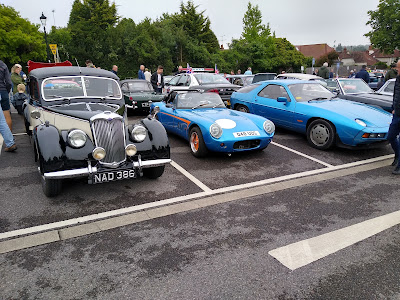 Well, when I say the star, it wasn't my favourite car there.