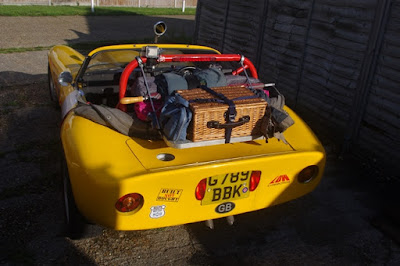 The annual Dunsfold car / aeroplane / military mash-up, & again the SKCC had a stand there, for no better reason than we get in cheap & can find our cars easier at the end.

As Mrs Blatter is a big Red Arrows fan & had missed seeing them in Whitby when she was oop narth, she came along too, so the Fury's rack was loaded with two collapsible chairs, a golf umbrella, two rain coats, two cool bags, a flask & the picnic hamper. 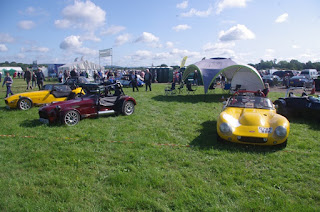 The other SKCCers would be breakfasting at Box Hill, except while the café was open, there was only one staff member who was unable to cook & serve at the same time, so they left hungry. Mrs Blatter & I had arranged to meet them all at a large church in Rudgwick - it was there on Google Maps, but nowhere to be seen on the ground, so we met up at "The Three Compasses" just outside the Dunsfold gate. We were ushered in to a rather large stand just outside the motering paddock, so we got a lot of public interest even if we were rather spread out.

After the first "wheels" section, I wandered round the paddock with the camera. 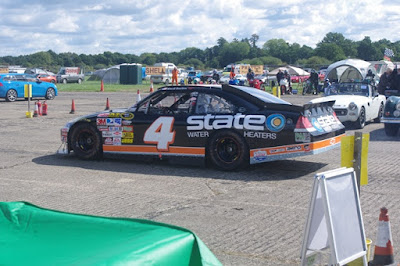 There were four NASCAR racers there which were incredibly LOUD in the paddock, but less so out on the runway (I was expecting them to turn left 1/2 way along, but they avoided the temptation 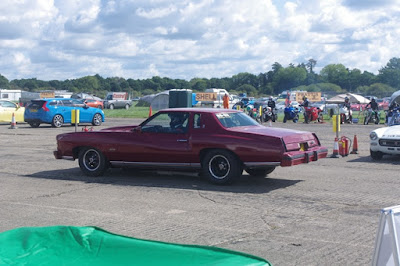 I really should hate this - but I just can't 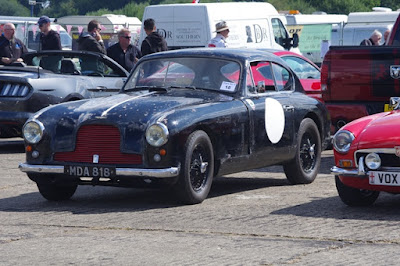 Allegedly, this is a genuine barn find one of those "fresh battery & petrol & it started" jobs, an Aston Martin DB2 barn find!! 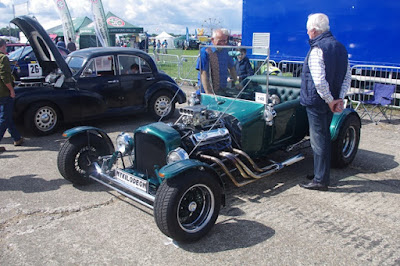 Nykilodeon was probably the first world class HotRod built in the UK (in 1972), nice to see it's current owner uses it on the road & looks after it 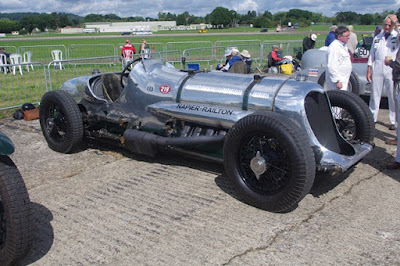 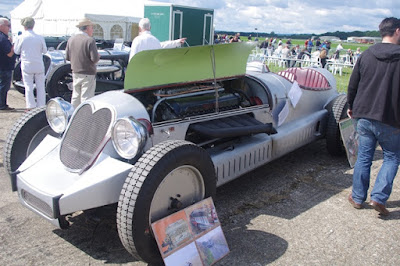 Three aero-engine specials were running on the runway, the Napier Railton, once succinctly described to me as "a car built by the toolroom" because there is no attempt at lightness whatsoever. The chassis is made from large SLABS of metal, the rear axle is mounted on FOUR (count them) multi leaf Transit van sized semi-eliptic springs, each of the three banks of cylinders has it's own complete exhaust system of about 3" bore, the car is a complete monster - and it's street legal - though small indeed is the No. of people brave enough to drive it on the road.

The next one was a modern take on the classic 1930s aero-engine special running a Merlin (more likely a Meteor) engine& was perhaps foolishly equipped to take passengers. 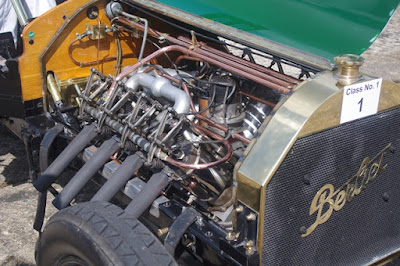 Last of the three was a car made to the same formula, but a different time frame, using an engine from about 1910 with highly polished copper work 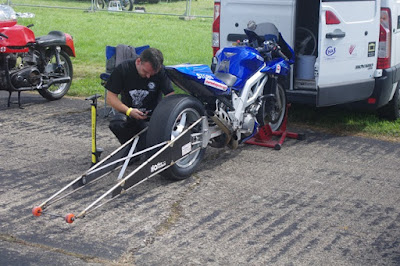 This guy is pretty determined not to wheelie. 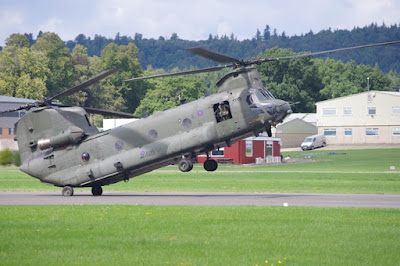 Then the first 1/2 of the airshow, there were the usual treats including a Chinook - which I felt was more restrained than in previous years - perhaps because they now use the fly-by-wire Mk 6? 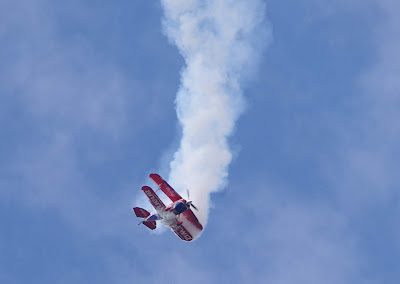 You really shouldn't be able to recover an aircraft from this, but a Pitts Special is no ordinary aircraft 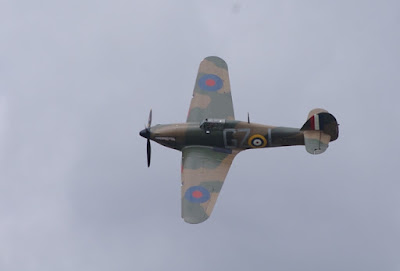 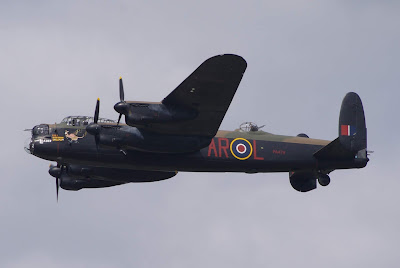 The BBMF put in a nice appearance 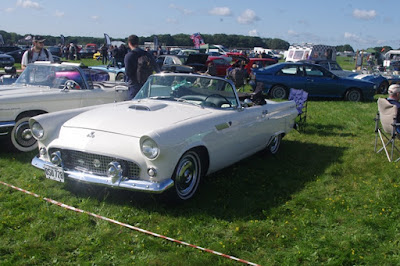 Then back to the displays in the "wheels Zone"

The Americans don't do good styling often, but when they get it right - they get it SO right. Mid '50s Thunderbird. 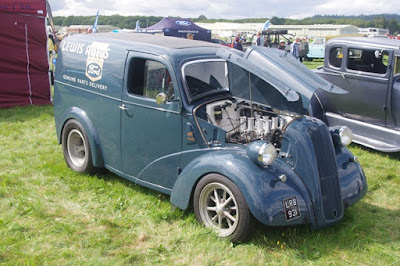 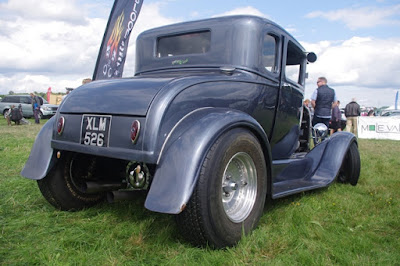 Described by the commentators as a Ford model B, but we know it's a model A don't we? 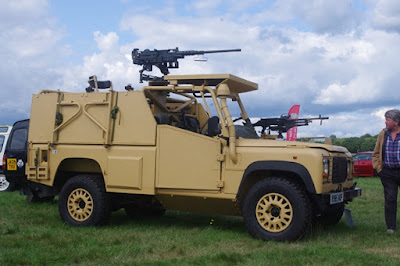 If you don't want to get cut up on the daily commute, you need one of these.

Who has right-of-way at any junction? why the big Land Rover with two machine guns of course 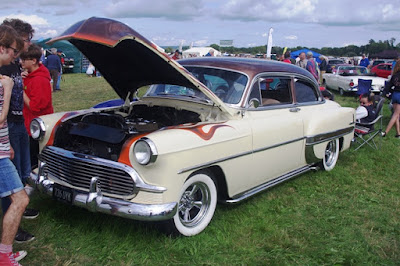 Back to the aeroplanes for part two of the airshow 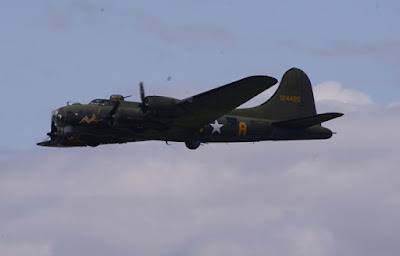 I'm sure last time I saw B17 "Sally B" the nose art had had a swim suit painted on, She seems to have lost it now - which is a good thing, the politics of now shouldn't change history (in my opinion). 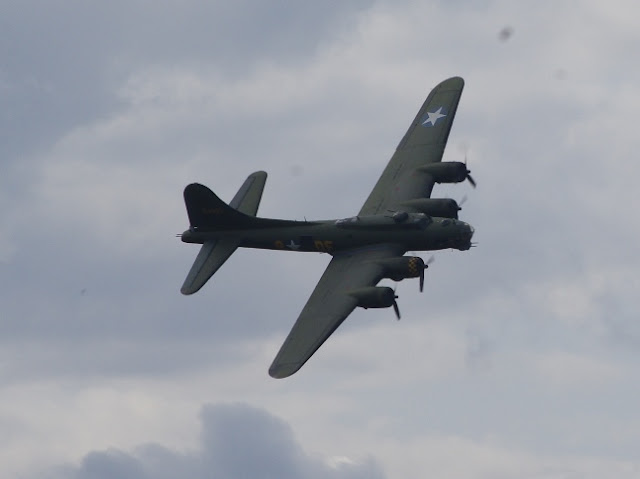 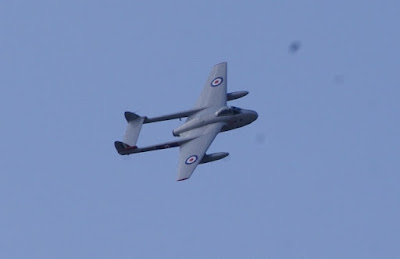 There were a couple of Vampires from the Norwegian historic flight, apparently painted in RAF markings to honour the 100th anniversary of the RAF. 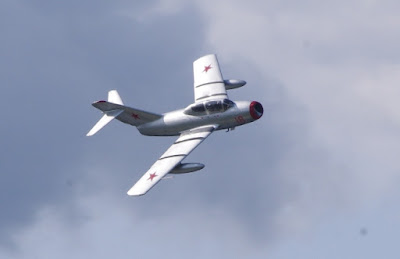 Not having anything to do with the RAF was this MiG15 trainer. Nice to see though 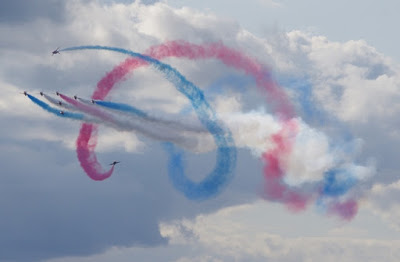 The Red Arrows were every bit as spectacular as ever 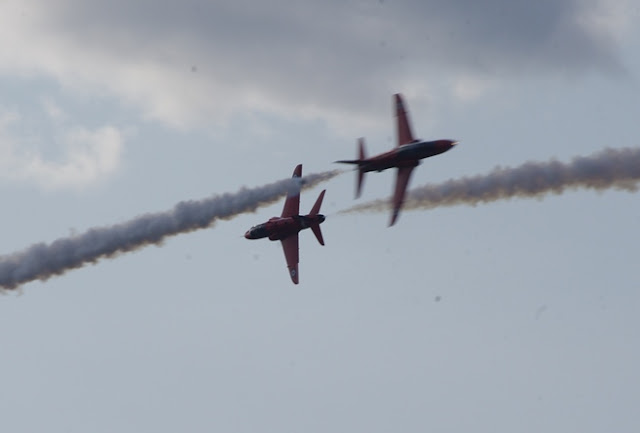 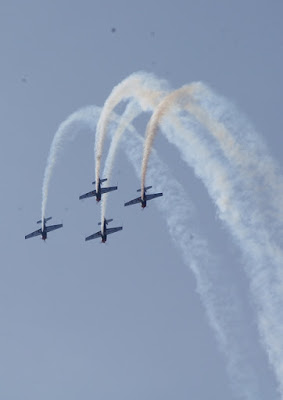 And finally the show was closed by the Blades. Mrs Blatter & I loaded the car & decided to wander back to the show centre & have a drink to let the traffic clear a little, but when a Pimms & 1/2 pint of cider came to £11 it was clear why most people had done a runner!
Posted by BlatterBeast at 16:45