Did I mention the off side rear brake slave cylinder was leaking? A certain wetness around the seal suggested that I'd stripped the brakes not a moment too soon, but the brake hardware was all new when I built the Fury, so they've only done 10k miles. 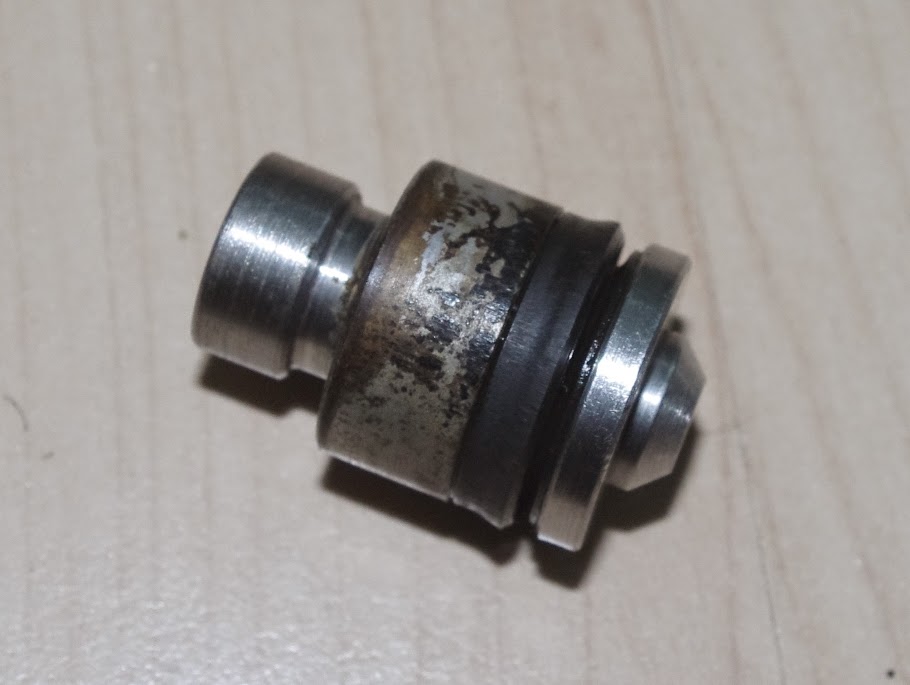 Whatever, it'd need to be changed. Googling for the parts suggested there were two sizes, I needed the smaller one (fastidiously keeping the details of the donor car has it's rewards), but to be on the safe side I stripped the leaking one to measure it & found this tale of woe:-


I ask you dear reader, does that look like it's done 10k miles?

I found a Ford parts site which wanted £20 + VAT + postage each, then a motor factor in Norwich who could do a pair of QH pattern parts less than that delivered. Now being brakes, there's a school of thought that says one shouldn't compromise, however, I wonder when the last time Ford made Sierra parts was? And the important bit is rubber. So an ancient original part, or a more recent - but still high quality - pattern part. I've never had a problem with QH before, so I went with them.

As for the bigger picture, The off side is now cleaned, surface treated, & painted RED, so later today I'll stipple on some wunderseal to stone-chip affected areas, tomorrow will be waxoyl & re-assemble, so just as soon as the slave cylinders appear (Ok a day or two later), It'll be ready for taxing on the 1st of Nov.
Posted by BlatterBeast at 10:43